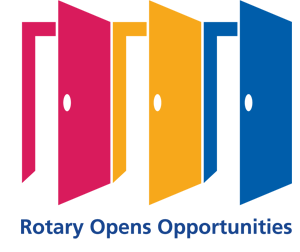 The 2001 Council on Legislation adopted resolution which allowed RI Board to admit into membership, up to 200 clubs, with provisions in their Club Constitutions that were different with the standard Club Constitution and Bylaws.

The Board agreed to support a pilot project establishing Rotary CyberClubs (renamed Rotary E-Clubs) that would have innovative and flexible constitutional provisions. These Clubs were allowed to conduct activities through electronic communications.

In September 2001, RI General Secretary contacted Rotarians leaders who were involved with RI technology committees for information and ideas to be incorporated into a proposal for the Board’s consideration.

The first Rotary CyberClub under the “New Models” initiative was chartered in January 2002. This honour went to Rotary E-Club One of District 5450 http://www.rotaryeclubone.org

While we had very supportive District Governors (from PDG Abang Haji Nawawi onwards), it was not until PDG David Tong’s term that approval was finally given by RI for District 3310 to proceed as planned.

In our proposed Constitution and Bylaws, two unique features were incorporated in the prototype, namely,

Rotary E-Club of 3310 held its first provisional (physical) meeting on Friday, 21 May 2004 at OCBC Executive Club, hosted by PDG David Tong. After two such meetings, we were chartered on 15 June 2004 with 21 founding members.

We became the 8th CyberClub in the Rotary World and the 21st Rotary Club in Singapore.