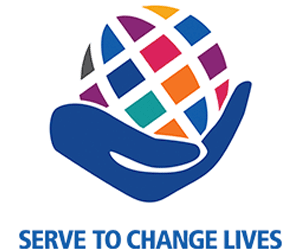 Our journey began back in late 2001, when then President Choy Kah Kin of Rotary Club of Bukit Timah, PDG Gerald Minjoot, the late PDG Dr M G John and PP Chew Ban Seng (1st District Internet Communication Coordinator) met at Goodwood Hotel, Singapore, to discuss a possible framework on the prototype Rotary CyberClub for District 3310. While we had very supportive District Governors (from PDG Abang Haji Nawawi onwards) who followed with interest the developments, it was only in DG David Tong’s term that approval was given for District 3310 to proceed as planned. Because of the unique nature of each Rotary CyberClub, we drafted a proposed Constitution and Bylaws for Rotary E-Club of 3310. The two unique features found in our prototype Rotary CyberClub are:- Rotary E-Club of 3310 held its first provisional (physical) meeting on Friday, 21 May 2004 at OCBC Executive Club, hosted by DG David Tong, to provide Rotary Information as well as to explain the intricate workings of our Rotary CyberClub. On 15 June 2004, Rotary E-Club of 3310 was chartered with 21 founder members. We became the 8th CyberClub in the Rotary World, and the 21st Rotary Club in Singapore. We are also established in the 21st Century! Come and visit us at http://www.rotaryeclub3310.org